Through enhancements to our proposition, together we can continue to meet the rapidly evolving needs and expectations of your clients.

Our latest claims and benefits report shows how we help our members live longer, delay the onset of disease, and reduce the risk of complications or death from COVID-19.

We're bringing real personalisation to the Vitality Programme and introducing new partners and enhancements in 2022.

Find out more
Partners and rewards
Most popular
Resources and literature
Savings Tool.

With this interactive tool, you can demonstrate to your clients how much they could save when they make the most of the Healthy Living Programme.

Use the tool
Resources
Literature
Work with us
Sign up to hear from us.

Get the latest on products, services and events so you can support your clients, along with original research and industry debate on the most inspiring subjects.

Introduced in April 2006 as part of the new pensions simplification tax regime, the annual allowance is the maximum amount of tax relievable pension savings that can be made by, or on behalf of, an individual each year. Savers are not restricted in the amount of contributions they can make to a pension scheme – it is only the amount that can receive tax relief that is capped. 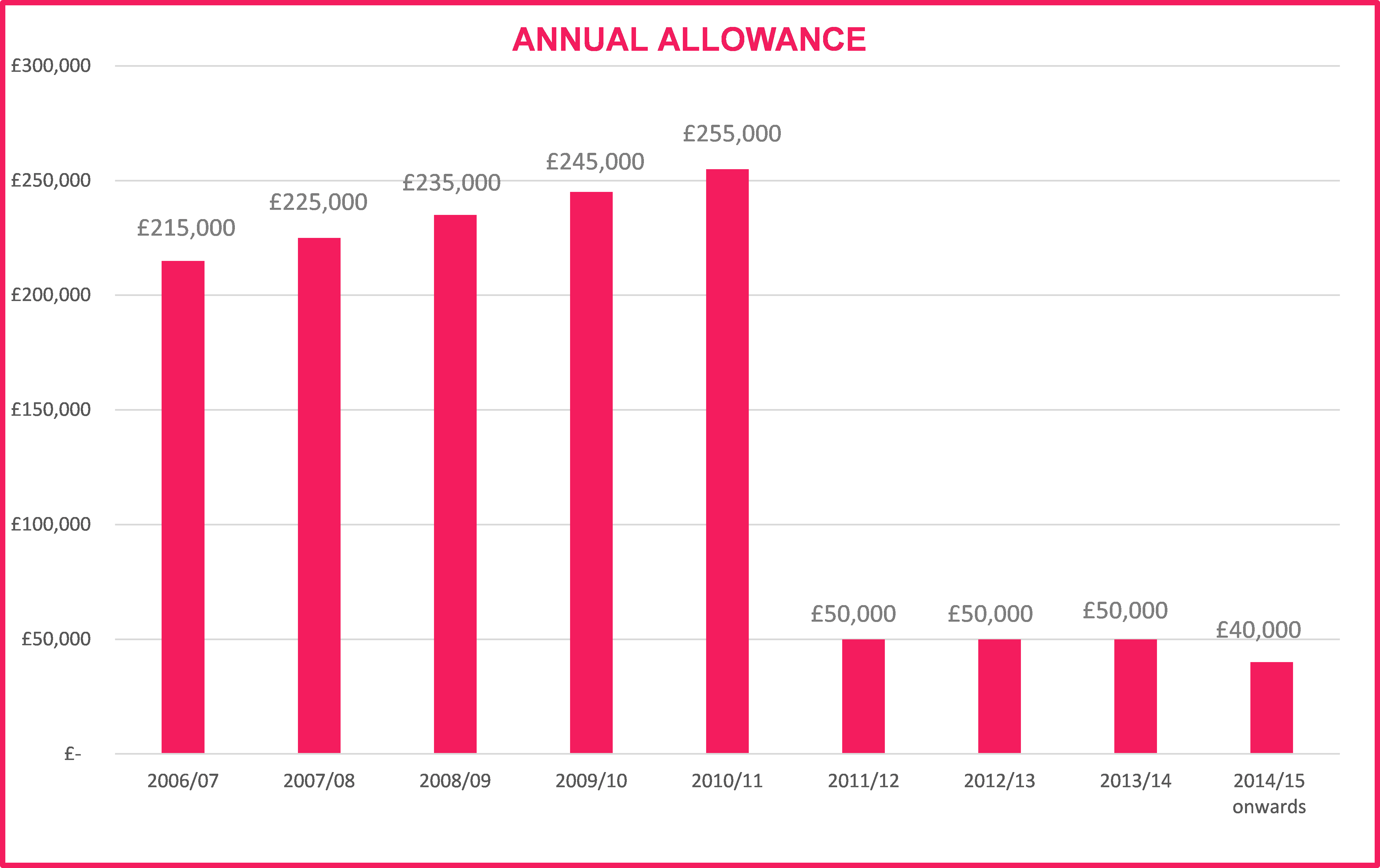 The first step in testing an individual’s pension input amount against the annual allowance is to calculate the increase in value of the pension saving over the input period.

How this value is assessed for each separate arrangement will depend on the type of scheme that is measured.

As a general rule the first pension input period will commence with the establishment of a new arrangement. For defined benefits arrangement this will be when benefits start to accrue to or in respect of the individual. Under a money purchase arrangement it will be when the first contribution is paid.

The annual allowance charge is a tax charge on the individual and arises where the total amount of pension input for a particular year exceeds that annual allowance for that year and any unused allowance from recent previous years.

Normally the individual will pay their annual allowance charge liability and account for the payment by completing a self assessment tax return but from August 2011 individuals can in some circumstances elect to require the scheme administrator of their pension scheme to pay some or all of their annual allowance charge liability. This is known as 'Scheme Pays'.

adviser.vitality.co.uk uses cookies to offer you a better browsing experience, analyse site traffic, and serve relevant personalised content and advertisements. Read about how we use cookies and how you can control them in our cookie policy. If you continue to use this site, you consent to use our use of cookies.

New to Vitality? You can register to work with us through our Adviser Hubs.